Break Free From The Norm

written by Nathan Finochio of The Royal Royal 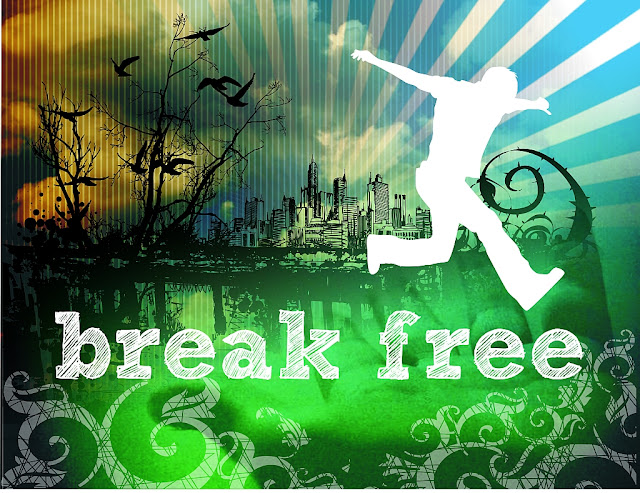 It’s a real challenge for any local church leader to stay fresh. My dad calls it “beautifying the basics”. It’s the leader’s task to make old things new, just as God makes old things new. He makes the new dawn as beautiful as the last – yet unique – and there’s nothing older than the breaking of the day.
Sometimes, as worship leaders, we can beat a song to death, or a set to death, or a style to death, or even our approach to death. And to the congregation, things become predictable – and thus mechanical. I have consistently found that my ability to “beautify the basics” is greatly enhanced by rehearsing the following steps weekly.

Dad calls this keeping “fresh fire on the altar”. And more specifically, our devotional time ought to integrate the gift God has given us: music.
I consistently find the last thing a musician or worship leader wants to do is worship on their instrument as part of their personal devotions – maybe because the thing is familiar or it seems like work. This is quite paradoxical. But this is exactly where creativity and fresh expression begins for Sunday morning – in our real and organic relationship with the Lord.
My best song lists and worship times have come out of my best times with Jesus, in that space where I can just sing the songs that seem to be a motif in my heart and life at the time. And the way that I sing and put them together becomes something unique and different in that context. And then I get to re-present them in a corporate context. Typically that’s easy because I’ve already worked out the flow of everything. The theme between songs is strong because God has already breathed upon the list.
Too often worship leaders cram cool things together instead of God things together. It sounds mystical and hyper-spiritual, but it’s true. The church needed the old song revamped that Sunday because that’s what the pastor was preaching about, but you wanted to sing the new song that had nothing to do with the message and season of the church. Fail.

That leads to the next point: to get creative, get in the box. Daniel Lanois once observed that true genius is the ability to color inside the box. Chesterton said of Dickens that some of his best work was when he was “writing in chains” – when his publishers specified the content they wanted and he accepted the challenge.
As a worship leader, I have always believed that it’s my job to not only compliment, but flow with the heart of the church’s pastor. Sometimes we think zero structure is the greatest place to find creativity, when the opposite is true. Even great pieces of art have limits – frames.
When my pastor’s heart has become my heart, and the themes the Lord has for the congregation are running through my heart, I actually become massively creative. I search through my discography for songs, both new and old, and make a cassette-mix song-list that’s fresher than Febreeze – instead of just doing the expected thing and singing the top 15 in their usual order.
And I love the top 15. We need new songs. But watch the old ones properly placed and beautified bring the house down every time.

Sometimes making our content fresh is just a matter of finding a brush and a bucket of paint. And the best part is that you don’t need a massive budget to do it. What I’m addressing very specifically and practically is making your stage look new. Let’s be honest: we cut our hair, buy new clothes, change our cologne, and even shower every now and then. This is more about being hygienic. I’m thankful for skies that look different every day. Appearance has value.
My dad’s church of 250 and Hillsong New York City have the same tactics: high on creative stage look, low on cost. Find some creative people in the church that have an eye for deco, and change up the props and powerpoint screens every now and then.
This is spiritual because God is a god of new. New things matter to God. And I believe giving people fresh things to look at can even cause fresh spiritual breakthrough – if we truly believe all work is worship. If a new screen makes someone look at and consider the words of a powerful song they have become too familiar with, that’s a win.
Let me leave you with this encouragement: Be interesting, as your Father also is interesting.
NATHAN AND HIS BROTHER FORMED THE BAND THE ROYAL ROYAL. HE HAS ALSO BEEN FEATURED ON MULTIPLE HILLSONG ALBUMS INCLUDING CORNERSTONE AND BORN IS THE KING.
Posted by A&E at 10:13 AM