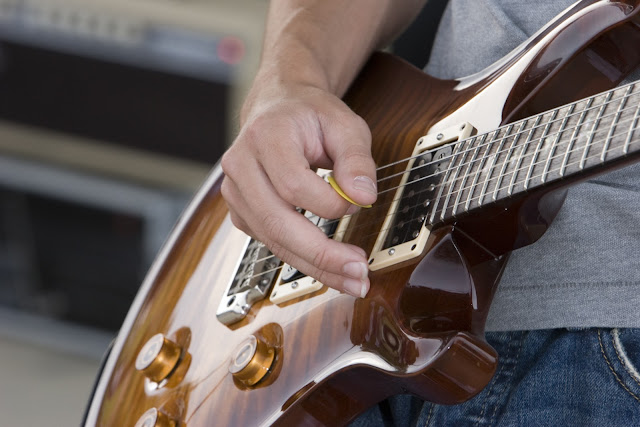 By Dan Leverence
Today over lunch, I had a conversation with a fellow worship leader that has become recurring. If I’ve had it once over the last year, I’ve had it at least ten times: why is it so hard to find good electric guitar players?
As a worship and arts ministry leader, this is an issue I’ve pondered at length. I became even more glaringly aware of its significance when I became an adjunct college instructor and started to notice an increasing scarcity in actual electric guitar players. Even more alarming, I’ve experienced an astonishing lack of interest to learn.
Why?
A Possible Answer
At the 2012 Willow Creek Association Leadership Summit, Craig Groeschel skillfully identified some growing trends that identify the generational differences in our world today. He spoke respectfully and pointedly while challenging us all to remain committed to the intentionality it will require for generations to work together. During that talk, he specifically addressed those in the younger generation with some realities about which they should be aware:
When a national survey asked business leaders what one word best describes the emerging generation, the number one response was “entitled.” And because of this entitlement mentality, members of the emerging generation overestimate what they can do in the short run but underestimate what they can do through a lifetime of faithfulness. They desire respect (which can only be earned) but often forget to give honor to those who’ve gone before and paved the way (and incidentally, can invest in them through mentoring).
So what does any of this have to do with the endangered electric guitarist?
It’s my developing belief that most aspiring young musicians today would rather pick up an acoustic guitar, load a YouTube video (or 10), and learn how to play enough chords to join or form a band. But what does it take to play electric guitar skillfully? Work. Hard work. Playing the electric guitar requires diligence in learning about the intricacies of lead lines, riffs, and licks. And the best electric guitar players I know spend an almost obsessive amount of time (over weeks, months, and years) researching equipment and dialing in the perfect tone. It’s a process that requires commitment and dedication. Certainly any description of an entire generation is a generalization at best, but there is certainly an amount of truth that we can all learn from the possible sense of entitlement that is prevalent in the younger generation (though we’ve all met people who feel entitled of all ages). However, with a desire only to focus on what they can do in the short run, it’s possible that a large percentage of the emerging generation is unwilling to devote themselves to the work it will require to become an accomplished electric guitar player.
But that’s enough for the generation bashing; there is a possible problem here, so how do we fix it? I think there are a few good places to start:
Honest and Healthy Mentoring Relationships
I’ve shared these thoughts with several of the young people with whom I have relationships and it has resonates positively with them. Though they have to combat a mentality that’s overtly prevalent in their cultural context, most don’t want to be boxed into a stereotype and be labeled as “entitled.” Once they become aware, they want to change, and that happens through honest, healthy mentoring relationships.
Identifying Potential
I work with a student who is a good acoustic guitar player and shows the potential to take his talent to the next level. So I encouraged him to consider learning to play electric guitar and he responded positively. It’s challenging though. A commitment to learning electric is more than just learning—it’s an investment. Gear costs money and good gear costs more. But if the emerging generation sees that more doors of opportunity can open to them if they expand their abilities, it’s motivating for them. This particular student has been working, saving, buying, learning, and I’m excited to share in his progress.
Intentionality and Opportunity
Groeschel concluded his session at the Leadership Summit by encouraging intentionality as we seek to unite generations. Per his suggestion, I’m committed to creating ongoing feedback loops. And the operative word there is “loop”—it’s not just me giving feedback to them. It’s being intentional about getting feedback from them as well. It also requires me as a mentor to create specific mentoring moments from which we all learn. It also requires opportunity. You can’t ask a basketball team to practice without ever playing a game and I can’t require an aspiring electric guitarist to invest and rehearse without ever giving them the opportunity to play. It’s a delicate balance, which will require significant intentionality and investment, combined with the clear communication of expectations and willingness to show grace, but it’ll be worth it.
Let’s see if we can get electric guitarists off the endangered species list.
Posted by A&E at 8:59 AM