Song Story: How Great Thou Art 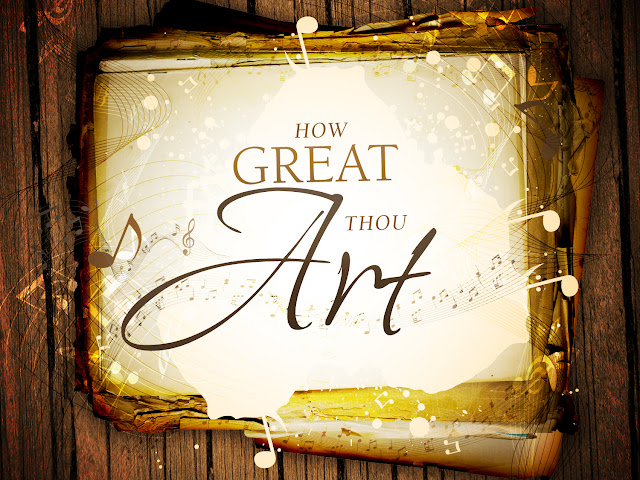 By Jason Soroski
Carl Boberg had recently quit his work as a sailor and was working as a lay-minister in his native Sweden (he would later go on to be a newspaper editor and a member of Swedish Parliament). In 1885, he was inspired by the sound of church bells ringing during a wild thunderstorm, and penned the poem “O Great God.”
Although it was published, Boberg’s nine-verse poem didn’t really catch on, and it seemed destined to be all but forgotten. However, three years later someone out there liked it enough to match it with a traditional Swedish melody, and when Boberg found out, he published the poem with the new music in his own newspaper in 1891.
Fast forward to the 1930’s – English missionary Stuart Hine heard the song (in Russian) while in Poland. Deeply moved by the song, he translated it into English, changed the musical arrangement, some of the wording, and took it home with him to England.
In English, the song was now called “How Great Thou Art.”
On to the 1940’s – Evangelist Dr. Edwin Orr heard this new version of the song being sung by native tribal people in Assam, India, and inspired by it, he brought the song back to the States. We are still unsure how it got to India to start with.
In 1954 the song found its way into the hands of George Beverly Shea, who sang the song nearly 100 times during Billy Graham’s 1957 New York crusade. In 1959 it became the theme song for Billy Graham’s weekly radio broadcast, bringing “How Great Thou Art” into the national consciousness.
In 1978, the performing rights organization ASCAP named the song as “The All-Time Outstanding Gospel Song” in America. It has consistently been listed as one of the greatest hymns ever written, usually falling at #2 (right behind Amazing Grace).
Even Elvis Presley recorded it.
How astonishing that this song, recorded over 1,700 times in the last 50 years, had its origins as a poem in a small town in Sweden and somehow wound its way around the globe.
Carl Boberg would never know the influence of his poem.
He died in 1940 – over a decade before “How Great Thou Art” became famous in New York City. Like Carl, we also may never know which of our words or actions will influence the next century. But we can bet in some way, large or small, they will.
Such are the stories of hymns.
In our increasingly myopic world, songs like these and the stories behind them are an inspiration. The lives of those who penned them, how they penned them, and the reasons why help to build a bond of legacy with those who have gone before us, and those to come behind. Introduced to a new generation, these songs cease to be “old and boring,” but become suddenly relevant and filled with life; meaningful expressions of worship written by real people that we can relate to, understand, and appreciate.