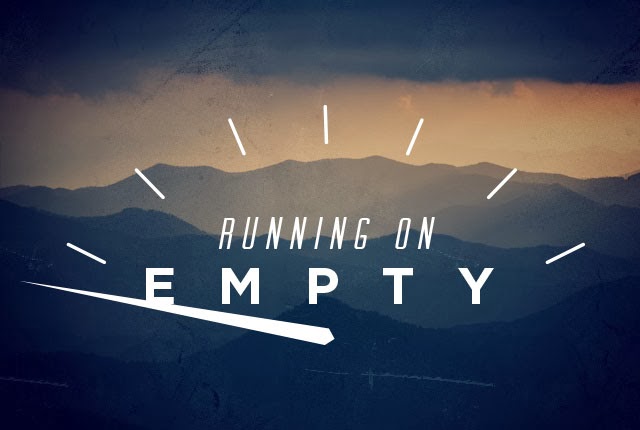 By Chris Vacher
“There is a time for everything, and a season for every activity under the heavens.”
These words are so familiar to us from the book of Ecclesiastes (and that great song by The Byrds) they have become part of our cultural lingo, inside and outside the church. It’s not uncommon to hear these words spoken to someone who is wrestling with a significant decision or questioning if a major life change is supposed to happen.
Going through a relationship breakup? Everything has a season.
Dealing with difficult neighbors? Everything has a season.
In the middle of a financial crisis? Everything has a season.
I don’t want to downplay the significance of challenges in your life. We also have to remember that difficulties are used for our good. Yet at the same time, shallow encouragement often does little but give us shallow satisfaction at a time when we need so much more.
Worship leaders, what do you do in your role when you’re just simply run out of gas? You are tired. You are frustrated. You have little to no relationship with the ones on your team. You’ve lost your joy. You no longer love your church like you did. And you may be willing to admit that your love for Jesus is fading and flickering.
What do you do?
How do you continue in a season and place of ministry when it’s all you can do to just get in front of the people on Sunday morning and not completely lose it?
Part of me wants to list three quick and easy tips to restore your purpose and power in ministry. But how offensive would that be to you and the dark season you are finding yourself in right now? For some of you, wrestling with deep troubling questions of identity is an unwelcomed hobby, which is consuming your waking (and sometimes sleeping) minds.
I know because I’ve been there. Not often and not for long, thankfully. But I’ve been in that season where I felt like I had nothing left to give, nothing left to stand on, and nothing left to fight for.
And while it’s true that everything has a season, feeling discouraged and disinterested is not an automatic indication that your time or your place are finished.
So what to do?
Let’s take a quick look at the response of the prophet Jeremiah to his brutal mistreatment at the hands of the authorities—after he had simply been faithful to do what God had called him to do.
1. God gave Jeremiah a task to do.
2. Jeremiah was faithful to the calling and did it.
3. People really didn’t like what Jeremiah had to say and he was beaten and tortured.
You don’t have to look far to know that many of us would simply wash our hands of the whole thing and walk away. Shame on us. Shame on me.
Jeremiah? He pours his guts out to God. Read Jeremiah 20:7-18 to see a heart-breaking, angry, furious reaction filled with questioning and accusation. Remember, Jeremiah was simply being faithful to the call God had given.
Jeremiah’s response to God?
1. You deceived me.
2. I am ridiculed all day long.
3. The word of the Lord has brought me insult.
4. Cursed be the day I was born!
5. Why did I ever come out of the womb?
These are the words of a faithful, called prophet of God who is up to his neck in great difficulty. So first of all, take the encouragement that you are not the first to get to this hard, unwelcome place. Also, remember that God is big enough to handle your angry words. He can take it. Never dishonor the name of God, but this won’t be the first or last time you beg God to reconsider what He is doing.
And then? Look in the middle of this rant by Jeremiah and two truths jump off the page. Read Jeremiah 20:9 and see how Jeremiah is unquestionably, unwaveringly committed to the calling God has given him. If he does not do what God has called him to, it’s going to burn him up from the inside. There’s no way he can’t not do what God has called him to.
Despite his anger and his frustration, Jeremiah is certain of the reality that God has created him and called him to the task.
What about you? Has God called you to the place, the people, and the ministry where you serve? If you weren’t there, would it burn you up from the inside? Would you tire yourself out trying to contain the reality of the calling in your life?
Secondly, Jeremiah does not forget that God is with him and God is in control. Look at Jeremiah 20:11. The Lord is with me. And not only is God with Jeremiah and also with you, He is with you like a mighty warrior! God fights for you. Whatever difficulty, injustice, dishonesty, or disobedience is working against you, God is a mighty warrior and is fighting for you.
He’s called you. He’s fighting for you.
Our response? Our job is to be faithful. To do what it is that God has called us to do. Will it always be easy? Of course not. Remember Jeremiah. Remember Jesus.
Faithfulness and obedience do not in any way guarantee safe passage.
God has called you, God is fighting for you. As much as you are able, return to those truths and rest in them today.
Posted by A&E at 9:01 AM