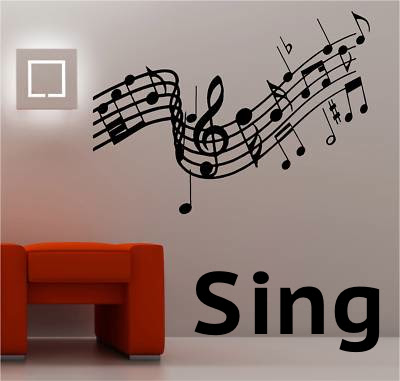 By Paul Clark Jr
I had a short window for a couple of days away with my wife this past week, and took opportunity to run up to St. Louis to see a professional baseball game.  When I was growing up I lived in Oklahoma and Tennessee, and back then the Cardinals were the team that most all radio and television stations covered.  Plus, my grandparents lived in Jefferson City, Missouri, so I was a Red Birds fan from the time I was old enough to care.  We lived in the St. Louis area in the late 70’s when I served a church in the suburbs, so I am pretty much a diehard fan.  Walking from our parking spot to Busch Stadium I reminisced to Ebbie about my first time to come to a pro game at Sportsman’s Park back then.  I recounted other visits to the old circular version of Busch stadium that preceded this present-day ballpark.  Ebbie noted that with my bright red Cardinals-logo shirt and my St. Louis-isignia baseball cap on my head I looked like I had not changed much over the years.  I had to admit, that coming to the stadium there was certainly a twinge of that same excitement I felt each time I was able to come.  The smell of hot dogs, jalapeno nachos, and beer added to the memories.

A better than average middle school band played God Bless America, and I began to sing, though I quickly noticed I was pretty much solo.  Although the words were scrolling across the jumbotron screen, I looked around and neither saw nor heard any other singers.  They introduced a singer from a Broadway show cast from the Muny who would be singing the National Anthem.  I placed my hat over my heart, and thought surely now the stadium would ring with strains of our Star Spangled Banner.  Wrong!  One problem was that the accappella singing left the tenor to pitch the anthem where he wanted, and like many worship band singers, he sang where he felt it showed off his own voice best.  Not a good key for most humans.  Embellishments were not as flamboyant as many that I hear, though those he did use may have discouraged others from singing, but overall, it just seemed to me that everyone was happy to just stand there, as if their maximum expected participation was just that, they made the effort to stand instead of sit.  I continued to sing, although it drew enough stares from others that made my wife uncomfortable (not the only time I have evoked that response in public).

Granted, I am generally one of those patriotic, U.S.A.-loving proud Americans.  I fly the flag in front of my house on 4th of July.  I say the pledge, sing the songs, take off the hat and place my hand over my heart as homage to the homeland I love at opportunities like this, and think everyone feels the same way.  I found myself disturbed through the opening innings of the game, still thinking about what had happened – a singer unconcerned with pitching the song in a key such that discouraged participation, and a gathering of 44,000 American citizens unmoved by the opportunity to join in singing of the land of the free and home of the brave.

This experience at the ballpark reminded me of a similar experience in many gathered worship settings where people stand and stair while the band plays on.  Singers crooning on a microphone seem oblivious to the disinterested spirit that far too often permeates sanctuaries.  Leaders often end the songs with big power chords followed by predictable mantras, like “Give the Lord some praise!” which too often feels to me like, “clap your hands so it feels a lot like applause for our band.”

I recognize we desire people to voluntarily offer participation in both these settings.  I am convicted, however, of a very real difference.  The ballpark is an entertainment venue of professional sports.  The worship service is calling for response to the living God.  What’s more, scripture instructs our environment, and reminds us to be “admonishing one another in psalms, hymns, and spiritual songs, making melody in your hearts to the Lord.” (Col 3:16)  I fear that our years of seeking to mirror the culture in which we live has brought along with it just that – imitating the non-participation spirit that engages in what I want when I want, with the center of all actions focused on me.

Perhaps if Christians faithfully engaged in worship singing as a matter of natural response to being gathered, we might also be leaders in public settings like ballgames, graduations, and other public settings when opportunity for group singing comes.  Perhaps we could once again serve as leaders in our communities.  Just know that if we do, for awhile we will get some surprised, “Who is that singing?” looks from the crowd.
Posted by A&E at 9:53 AM